Nice 56k Amiga AGA intro by Software Failure. Nothing too spectacular, but well paced and cheerful. First place in the combined intro compo at Euskal 2015.

Btw for the next 10 days or so things will be a bit slower than usual on here, as I'll be going to Germany to play at the Ohrbit Festival in Duisburg, among other things.
Posted by Unknown at 5:18 AM No comments:

After a long pause, fluidvolt has published his new album on Ubiktune. As was to be expected from the master of intricate relaxation, it's a bag full of heartwarmingly weird, beautfully jazzy wonders.

All sounds stem from the GBA game "Mother 3". The 300+ instruments soundfont is available for download as well.

Posted by Unknown at 6:30 AM No comments:

Today is a great day! Well, for me at least. And why is that? Because Shiru has just released a new version of my all-time favourite music editor. Low and behold, 1tracker 0.19 is here, just in time for the 1-Bit Forum Contest. 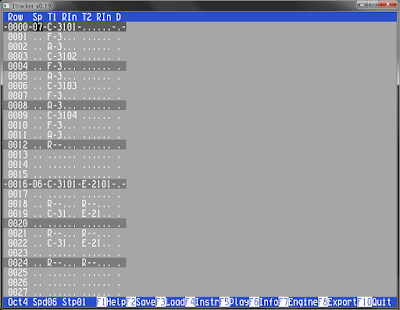 That in itself is a huge surprise, since Shiru declared he had abandoned the project two years. But what's even better, the new release finally contains the incredibly powerful Phaser2 ZX Spectrum beeper engine, which was so far not available in any editor at all. Another pleasant addition is the Stocker engine, which so far could only be used via a Vortex Tracker converter.

Well then, see ya later folks, I've got some 1trackering to do...

[demo] Is That a Demo in Your Pocket? by Snorpung

Woohoo, a new Gameboy demo by Snorpung has appeared. And appearantly it didn't even run in any competition :o

Thesuper are back with a new ZX Spectrum demo - funky colours with a message, and 1st place in the 8bit demo compo at DiHalt.


download/discuss
Posted by Unknown at 6:30 AM No comments: 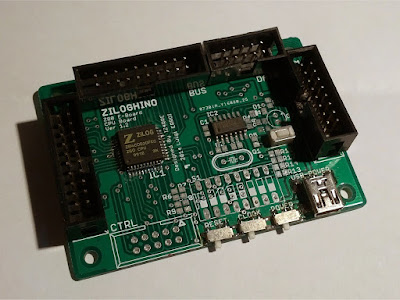 Yeah, everything is -uino nowadays, and this is no exception. Still, this one might appeal to some... The Ziloghino aims to be a modular microcontroller board with a 20 MHz Z80 CPU at it's heart. The basic kit consists the main CPU unit, a memory shield with Flash and SRAM, a Flash programmer shield, and an I/O shield. Pricing seems to be ever so slightly at the upper end of the spectrum, but fair enough for a small-scale project like this.

Read up on the details on the project's Kickstarter page and help out with funding if you like.
Posted by Unknown at 4:04 AM No comments: 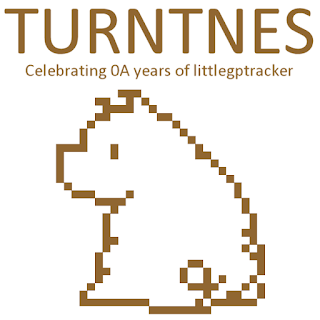 Recently LPGT aka Little Piggy Tracker celebrated it's 10th anniversary, and of course Hexawe partied hard with a massive NES-flavoured competition. Now results have been announced, and the compo pack has been released. As usual, pack is a pleasantly varied mix ranging from dance to noise, and lives up to it's legendary predecessor dunknesfunk. I'm especially pleased to see many LPGT veterans return, such as XC3N, ovrthrustr, Peter Swimm, ovenrake, d_strct (ex e.s.c.), and even the mighty Flashbob! Though right now my favourite track from the compo is "hexamerica" by Pulselooper.

Read more about the compo and download the compo pack here.

Posted by Unknown at 3:26 AM No comments:

Some awesome sizecoding on ZX Spectrum. The effect itself may not be that new, but I've rarely seen it pulled of so smoothly and well designed. First place in the combined 256b compo at DiHalt, by the way.


download/discuss
Posted by Unknown at 6:30 AM No comments:

New Gameboy stuff from one of my favourite chipdudes of the current age, Vince Kaichan. Or, as Cheapshot put it, "6 more reasons to quit chiptune". 'Nuff said, now hit the damn play button already!

Posted by Unknown at 6:00 AM No comments:

As I mentioned earlier, the 1-Bit Music Forum just recently re-opened after a complete database loss. To get things rolling again, we've now launched a big fat music competition with contests on various platforms, a category for tiny (1KB) tunes, as well as an opportunity to show off your coding skills.

The compo will run till September 1st and is open to everyone, although only registered members of the 1-Bit Forum may vote.

Read up on the full details and join the party here.
Posted by Unknown at 8:45 AM No comments:

Sorry for the silence folks... real life was getting a bit in the way recently, but I hope to make up for it in the coming days.

So, today we have a neat Sega Megadrive/Genesis demo by Amiga veterans Resistance. Actually not so veteran at all, as this is not only the groups' first Megadrive dempo, but supposedly it's also Nainains' first forray into coding.

Not that many effects to see here, but the graphics and music are slick, and on top of that, some fresh Sega stuff is always highly welcome of course. The demo came in 3rd at Solkogens' oldskool compo, by the way.


download/discuss
Posted by Unknown at 8:32 AM No comments:

A demo for the Spectravideo 328? Bet you haven't seen that for at least a decade. First place in the oldskool compo at Edison. The demo runs on a homemade cartridge, schematics for that can be found here.


download/discuss
Posted by Unknown at 2:16 AM No comments: