Birthdays, birthdays, birthdays! Today chipwiki.ru is celebrating it's first anniversary. In just one year, this fast-growing Russian language site has become the largest chiptune resource on the web. Congratulations on this outstanding achievement.
Posted by utz at 4:41 AM No comments:

Birthday prods are usually not exactly a highlight. This new ZX Spectrum release is quite an execption though, I'd say. Made for well-known Russian coder diver by introspec, with music by Luchi Bobra of triebkraft.

Download and discuss here.
Posted by utz at 4:26 AM No comments: 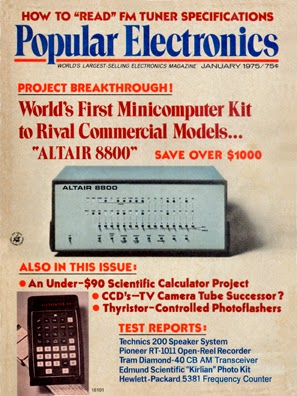 40 years ago, Popular Electronics revealed the Altair 8800. The machine was developed by Edward Roberts of MITS. Kits were offered at 397$, and fully assembled machines at 498$, beating current contenders by a large margin.

Roberts had anticipated to sell a few hundred kits throughout the following year. Instead, he had 1000 orders on his desk by February 1975, and by August had sold over 5000 units. The microcomputer craze had started.
Posted by utz at 4:21 AM No comments:

After years of being hidden from public view, a big portion of the ENIAC has been restored and is on public displays again. Even though the set isn't complete, and there are some doubts about the quality of the restoration, this is nevertheless exiting news.

The exhibit is on display at the Field Artillery Museum in Fort Sill, Oklahoma.

Read the full story on Wired. (A side note: Dear Wired, no matter how often you repeat it, ENIAC is the world's first fully electronic computer, not the world's first computer in general - depending on the definition, that honour goes to the Zuse Z3, the Colossus, or even the ABC.)
Posted by utz at 3:30 AM No comments:

SGDK, the Sega Megadrive/Genesis Development Kit, has reached version 1.00. With it comes an exiting new music driver called XGM. It supports 4 channels of PCM playback at 14 KHz along with the usual 5x FM, 4x PSG channels. Programmers will also be happy to know that it runs entirely on the Z80, leaving the 68000 free for game/demo logic.

SGDK comes with a utility called xmgtool, which can be used to convert .vgm files to the format required by the XGM driver.

A test rom with various sound examples can be found here. More info is available on the SGDK project page.
Posted by utz at 5:30 AM No comments: 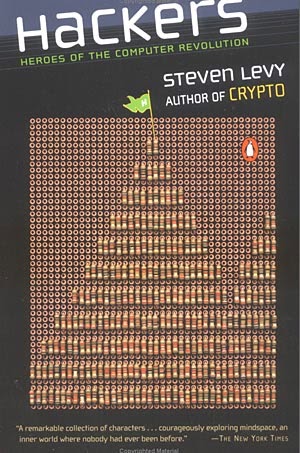 This month it's been 30 years since Stephen Levy's book 'Hackers' was published. Arguably one of most influencial works on the subject, 'Hackers' introduced the principle of "hacker ethic". Still as fresh as it was 30 years ago:
Read more about the book on wikipedia, or check out the first two chapters here.

Bitpuritans have announced a new NES/Famicom music compo, with what is arguably the most epic compo announcement ever:

Details can be found at bitpuritans.eu/compo/.
Posted by utz at 3:03 PM No comments:

Matthew "Jansaw" Janik has shared his thesis on chipmusic (or low resolution art, as he elegantly calls it). With its strong focus on networking and social dynamics, the paper sheds some light on aspects of the scene that haven't necessarily been in the spotlight so far. Overall it's pretty solid work and worth the read in my opinion.

The paper is available here.
Posted by utz at 10:54 AM No comments:

Today's featured release brings us into calmer, yet no less dark and beautiful realms. In other words: New Pulselooper album, yay! Sinapse is his 10th release, composed over the course of two years on Gameboy Advance.

I believe this is the perfect soundtrack for a misty Autumn evening (even though it's summer in Brazil right now).

Posted by Unknown at 8:36 AM No comments:

[album] s/t by I Am Your Destruction

Greetings from the dark&heavy end of the Gameboy music spectrum! Four years after his last release, IAYD is finally back with his first full-length album. Extreme!

A limited edition CD is also available on the bandcamp page.

Posted by Unknown at 6:12 AM No comments:

Ancient Wonderworld reached 10,000 page views yesterday. This may not seem like much, but I think it's quite an achievement for a small, highly personal and subjective blog. A big thanks to everybody who has been following.
Posted by Unknown at 6:04 AM No comments: 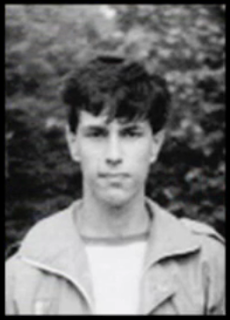 With great regret I have to announce that Ján Deák, one of the most talented programmers in the ZX Spectrum scene, has passed away this weekend aged 46.

Ján was perhaps best known for his multi-channel beeper engines. With his 8-track ZX-7 music editor, he was the record holder for most channels in a 1-bit engine for over 2 decades. As recently as in March this year, he returned to the Spectrum scene after many years of absence to reclaim his title with the groundbreaking 16 channel routine ZX-16. As a member of Slovakia's Bytepack team, he was also involved in the production of several games such as Pick Out 2, Šach-mat, and Tetris 3.

I have only known Ján briefly through online and email conversations, but I'm nontheless deeply saddened and shocked by the news. My condolences go out to his family and friends.
Posted by Unknown at 3:42 AM No comments:


The 17th round of the Text Mode Demo Contest (TMDC) starts today. Works can be submitted until December 12th. As the name suggests, this is a competition for textmode prods only. Minor bummer: Only Windows and MS-DOS demos are allowed.

Read about the details and submit your works at tmdc.scene.org.

The lovely invite by bawlz can be found on pouet.
Posted by Unknown at 3:07 AM No comments:


Download and discuss here.
Posted by Unknown at 5:30 AM No comments:

Work on Prodigy Tracker (formerly known as YMDJ) is coming along nicely, it seems. Here's a video showcasing the latest progress on the new native Sega Megadrive/Genesis tool:


For those willing to fund the development, here's a Paypal link.

Latest updates on the project can be found in this thread.
Posted by Unknown at 3:17 AM 2 comments:

A little intro for the Oric computer. Ranked first at Kindergardens' oldskool demo compo this weekend. Overall a rather simple prod, but considering it's so rare to see anything made for that platform it deserves a thumb up anyway, I think.


Download and discussion here.
Posted by Unknown at 7:57 AM No comments:

Although the project is currently in a very early stage, the OS already boots on suitable machines and is ready for testing purposes. Fuzix is designed to be portable, and test builds of the core code have already been done for 6502 and 6809 processors as well.

The source code can be found on github.
Posted by Unknown at 1:48 PM No comments: