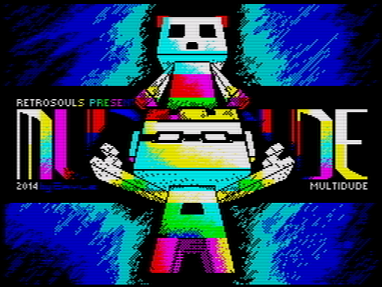 As you all know I rarely ever post games here, but this brand new ZX Spectrum title really caught my attention. Made by Denis Grachev, MultiDude is mesmerizing puzzle platformer.

You take control of a team of characters with various abilities, who all need to work together in order for all of them to reach an exit on each level. Easier said than done. Tons of levels and slick multicolor graphics powered by Einar Saukas' Nirvana engine await you. 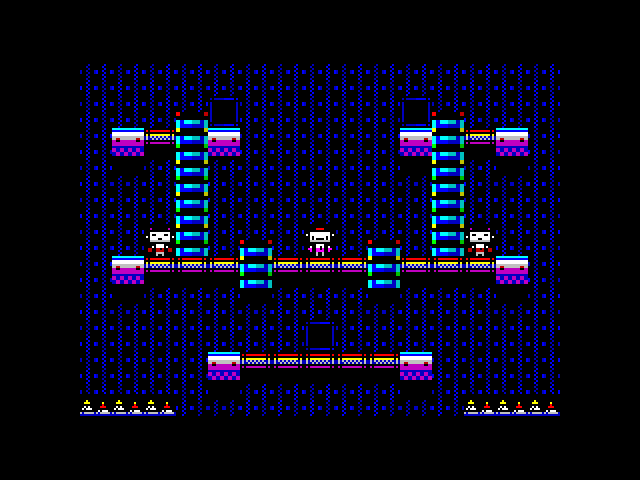 
The video is obviously quite crappy, so I recommend grabbing the binary here and running it in DOSbox.
Posted by Unknown at 5:30 AM No comments:

Pulselooper, Droid-on, and Subway Sonicbeat (all of chippanze.org fame) have teamed up for this wonderfully weird, dark, experimental, and lo-fi (chip)dub compilation. There aren't many releases like this, so I suggest you better give it a listen!

Posted by Unknown at 2:27 AM No comments:

Today we have something quite unusual: A demo for the Timex 2048. Released at Riverwash last weekend, it took first place in the combined demo compo, smashing the competition from PC and Amiga.

The demo may not be the most impressive ever in terms of effects, but still deserves a big fat thumbs up due to the fact that it's indeed the first demo ever made specifically for this ZX Spectrum clone. Also, it has a nice screen by Piesu, cute music by Ziutek, and is overall put together quite well.


Download and discuss
Posted by Unknown at 3:55 AM No comments:

"1-bit Mechanistic" contains some of the best beeper music I have heard in recent years. Very strong, dynamic and melody driven power ballads - this guy knows what he's doing. Also included are some stunning 1-bit renditions of "That Old Magic" by 4mat and "So Cold The Night" by the Communards.

Posted by Unknown at 2:08 AM No comments:


Download and discuss
Posted by Unknown at 3:48 AM No comments: 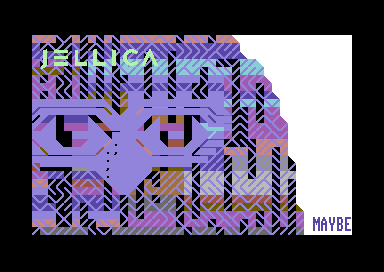 Jellica's recently released untitled EP is now available as C64 musicdisk, so you can enjoy these excellent dual SID tunes on emulator or real hardware (provided you have a dual SID mod). It also comes with beautiful PETSCII artwork by Raquel Meyers.

Download and info here.
Posted by utz at 9:19 AM No comments: 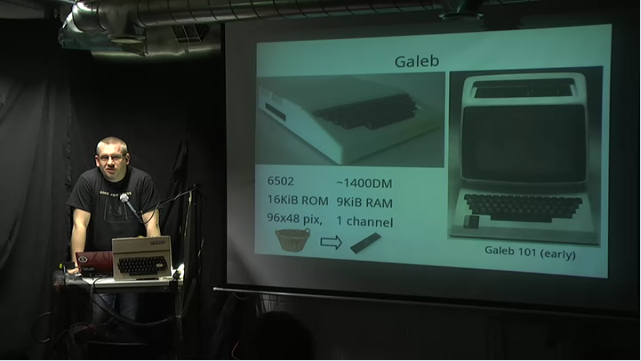 A very interesting talk held by Žarko Živanov at the Hack'n'Play conference in Freiburg, Germany earlier this year is now available in the CCC mediathek. In his one hour long presentation, Mr. Živanov not only covers the (somewhat) popular Galaksija and Orao home computers, but also less known machines such as the Lola 8/8A, Galeb, and Pecom, as well as some obscure clones made in various parts of former Yugoslavia. Highly recommended!
Posted by utz at 5:30 AM No comments:

Got a Canon Pixma printer? Now you can play Doom on it:


The background of this story is much more sinister than one might think. This isn't so much about porting a 16-bit classic to a device that wasn't intended for it. The reason this was done is to once again highlight the desolate state of security in the so-called "Internet of Things".

What made the hack possible in this case was a vulnerability in the printer's firmware. This allows any attacker to remote inject malware via a forged firmware update, thanks to a broken crypto and lack of user authentication.

Read the full story on Contextis.
Posted by utz at 6:04 AM No comments:

New Protodome stuff, hip hip horray! Prolong your summer mood with this happy, jazzy, midiNES releases, featuring plenty of cheese, silly jokes, and some sprinkles of latino flavour thrown in here and there.

Zapilyator Compo is possibly the first demo compo in which you can participate with little to no programming skills.

The rules are as follows:

The winner will be determined by public online vote on September 27th and 28th on the site linked above.
Posted by utz at 2:10 AM No comments:

[demo] Circuits 16b by HellMood Woohoo! A new album by the king of modular spacefunk has appeared. And he really outdid himself this time. Sadly, this will be the last Rico Z release for a while, as the project is now on an indefitine hiatus. All the more reason to enjoy this release to the max.

Stream and download on chipflip. The custom player interface was done by Enso and freedrull.
Posted by utz at 2:56 PM No comments: 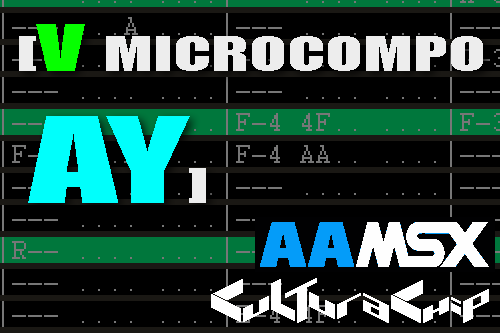 From the call for submissions:
More info about the contest can be found here (in Spanish).
Posted by utz at 3:46 AM No comments:

MidiJoy, A MIDI Interface for POKEY

Phobotron aka Frederik Holst is working on an exiting new MIDI interface for Atari 8-bit computers. Based on littlescale's A26F interface for the Atari VCS, it will be the first MIDI interface to actually make external controlling of the POKEY soundchip possible. Furthermore, the interface will also work with the SID chip, though this isn't one of the primary development goals.

Check out the details on the project page.

Sources, firmware et al. will be published end of October this year. Before that, the project is running in this year's ABBUC hardware contest. The author has vowed to publish everything for free in case his entry ends up among the top 3.
Posted by utz at 3:04 AM 3 comments:

A neat new little live tool for the NES' 2a03 sound chip, made by Plogue.

Email ThisBlogThis!Share to TwitterShare to FacebookShare to Pinterest
Labels: 2a03, 8-bit, NES, Nintendo

After 4 years in the making, it's finally released! All my best 1-bit works for ZX Spectrum are now available in album form. Inspired mostly by 70s prog rock and metal, this is a trip to the darker side of chiptune. Enjoy!

There are also physical CDs available from bandcamp.

And thanks to massive help by introspec, there's a musicdisk version (.tap/.scl) for playback on real hardware available here.
Posted by utz at 9:50 AM 1 comment:

Yeah, things have been pretty slow lately... was hoping for some nice demos from Chaos Constructions, but the stuff released there mostly failed to impress me. Especially the Speccy releases were rather disappointing.

There were some nice sizecoding prods though, so here we go: First place in the Small PC Intro compo at CC, this is Spirello by Rubelson. Rather stylish and a pretty good use for 255 bytes, methinks.

Update: Copied the attribution from youtube without proper investigation. The demo is by Rubelson, not by randomi.
Posted by utz at 9:42 AM No comments: